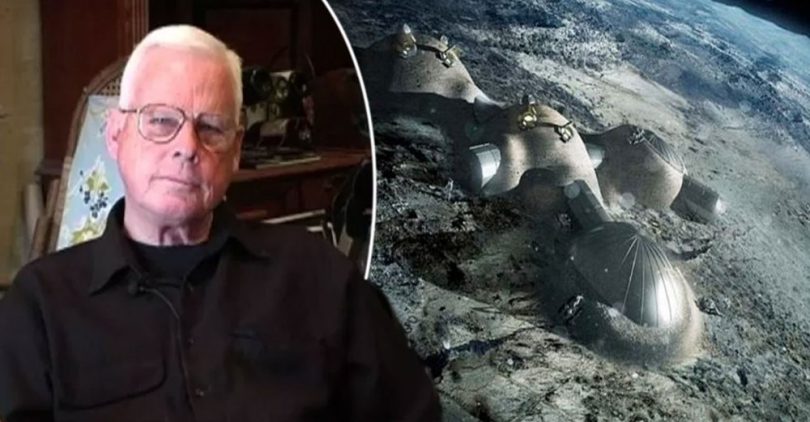 During an interview on the US mystery program “Coast to Coast”, John Lear, a retired CIA pilot, made strong statements regarding the Moon, Mars and the extraterrestrial technology used by NASA.

John Lear, who was once a captain in the United States Air Force and a CIA pilot . Son of the inventor of the Lear Jet engine , he has an experience of 150 piloted test aircraft .

He also holds 18 world speed records , worked with 28 aviation companies and has several distinctions from the Federal Aviation Administration .

However, Lear is known today because, in the early 1980s to the mid-1990s, he revealed confidential information about NASA   and space travel.

In 1953, the alien spacecraft known as EBE 3 crashed on Earth . Thanks to its technology, the United States Air Force has built advanced spacecraft.

In 1962, thanks to reverse engineering, they managed to build ships that, despite not being able to reach the speed of light, could reach the Moon in an hour . In addition, trials began to reach Mars . Which was achieved in 1966.

The missions that were energetically announced and publicized were nothing more than smoke screens for the population to focus on them. The real lunar missions were already on the satellite, constructing buildings .

In 1966, the surface of Mars was reached for the first time and, since then, most of the planets in the Solar System have already been explored.

Quite human-like life has been found in all of them. This information was also confirmed by David Wilcock and Henry Deacon.

In these photographs you can see a city , a space base , streets, tubes, vegetation, an atmosphere, 66% gravity compared to Earth. In addition to electric light, mining operations and a nuclear reactor .

Lear assured that all this work was possible thanks to extraterrestrial intervention .

In fact, several of the buildings currently in use were already on the Moon before reaching it. This has been done for the last 40 years.

He also mentioned that his father, in the 1950s, was involved in different programs to develop antigravity technology . Technology that remains secret.

The most surprising thing is that many military and weight officials have confirmed many of these statements. Among the most prominent are Phil Corso, David Wilcock , Glen Steckling , among others.

Alien research, reverse engineering, and interaction with developed civilizations from other worlds is nothing new. It is not the first time that officials have declared similar things, sometimes, even costing him his freedom.