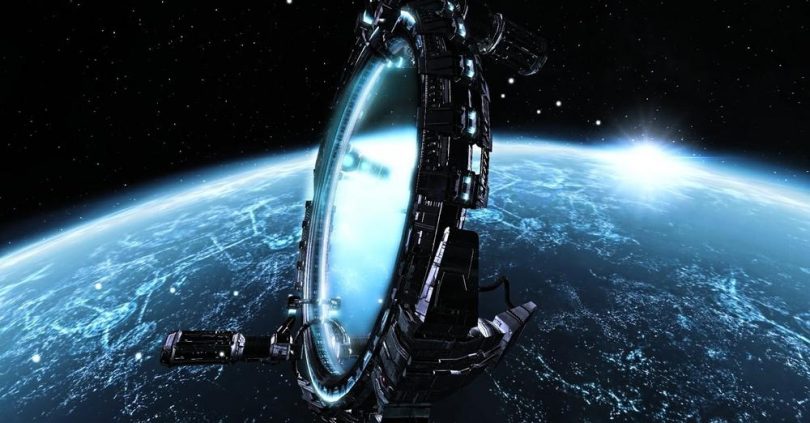 A former Area 51 worker has released a wealth of revealing information about aliens, time machines, the plans of the elite, and a possible extinction of humanity.

Dan Burisch, is a Former Worker in the United States Military Forces . He has a doctorate in microbiology and was in the secret facilities of Area 51, where he was able to observe amazing things.

In 1986, Burisch received an unexpected visitor while at the University of Las Vegas. His visitor was the well-known “secret” government. They offered him to work on a classified project where he should put all his knowledge into practice.

The secret projects of the American government and Area 51

The following year, Burisch began working in a Nevada State Government office . It was related to the probation of inmates.

In 1989, tissue samples began to arrive , which he examined in a separate location and reported where they came from.

In 1994, Burisch was moved to an underground base known as ” Fourth Century ,” which was part of Area 51. The “Aquarium Project” began there .

It was there that he discovered that the government had spacecraft and extraterrestrial beings. In one of the departments there was information on a race known as ” Orions, ” from the Z Reticuli star system .

He was also able to read a copy of the treatise made by Eisenhower with beings known as P-50 and the Orions.

He learned that in a place called ” Galileo’s Bay “, there were different spaceships. One of them was the one described by Bob Lazar and the one that crashed in Roswell .

According to Burisch’s information, the concept of aliens is totally wrong . Aliens and aliens are not the same . The aliens are beings coming from other worlds, while the aliens are humans who come in the future.

The latter are the evolution of the human race over thousands of years.

Aliens: Humans of the Future

These aliens are divided into four groups and are classified with the letter P, which means ” present “, plus the years that take us into the future .

The “J RODs” suffer from a very painful disease and he was a participant in the project trying to find a cure. He assured that he took blood samples from a female of this breed and that he worked on it for 2 years.

He says that, during that time, he managed to establish a friendly relationship with her and that, in an act that violated all security protocols, that being hugged him.

At that time he telepathically transmitted much information about the future of humanity and a nuclear catastrophe .

In this event many people died, another part of humanity hid underground in order to survive. 24,000 years later, the most advanced beings on the planet had mastered time travel . It was for that reason that they traveled to Roswell.

Civilizations in our Galaxy

From this event, it was also learned that a part of the survivors settled on the Moon, Mars and Orion . From there come the P-52 or Orions that, despite having been terrestrial, came to colonize other worlds.

P-45s are hostile beings. They are responsible for the nuclear disaster and they are also the ones who do most of the abductions .

Eisenhower’s meeting was with these beings in an attempt to prevent the nuclear disaster from repeating itself. They were diplomatic pacts and the famous Abductions agreement in exchange for technology.

The Orions presented the president with a cube three inches long and wide that was able to predict the future . This instrument continues on Earth and is used by the most powerful.

Majestic 12 and the StarGates

Burish also made a statement that he worked under the Majestic 12. In this context, he also spoke of the ” StarGate “; devices built on Earth, but based on alien technology .

According to their statements, the instructions for its manufacture are found in the Sumerian tables. They were used to communicate with other civilizations outside of our Solar System. Through them a wormhole could also be made.

In this way, people or objects were teleported to other points in our universe instantly.

However, Burisch assures that these experiments are not very reliable, since he saw a person die . This device was also called “Looking Glass” since it was used to observe the probabilities of future events.

In this way they were able to verify that there was a high probability that the nuclear catastrophe occurred due to the StarGates. Currently, he assures that there are around 50 of these devices, although they have been disassembled.

It all looks like something out of a science fiction movie, but Dan Burisch has offered such detailed evidence and arguments that, at least, they cast doubt on what governments are hiding from us.