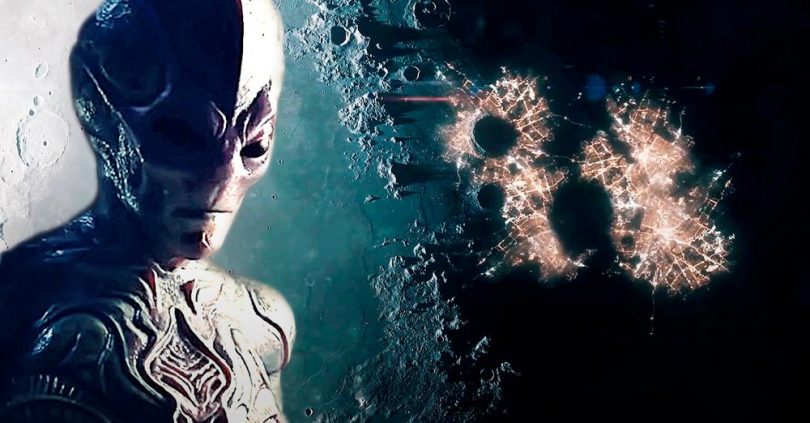 As NASA prepares for man’s first mission to Mars, it is curious that it has not set foot on the Moon since Apollo 17 (1972), much less establish a base there.

Many astronauts and researchers have claimed that this is because bases already exist on the lunar surface … and, in fact, they would not be human bases.

Former NASA Communications Systems chief Maurice Chatelain confirmed in 1979 that Neil Armstrong and Buzz Aldrin had seen two UFOs on the rim of a crater during the Apollo 11 lunar mission in the summer of 1969.

“The encounter was common knowledge at NASA,” Chatelain said, “but no one has talked about it until now,” he added.

Is it possible that NASA has been hiding knowledge of alien bases on the Moon for the past 50 years?

In fact, much of this evidence is corroborated by the claims of numerous high-level officials, such as a former US Air Force employee named Karl Wolf, who came to possess a “top secret cryptological” security permit.

He revealed that an NSA employee told him: “We have discovered a base on the back of the moon.” Wolf added: “And then he took out one of these [maps] and showed this base, which had geometric shapes.”

In other images there are more of what appear to be giant structures that were obtained during the Apollo 16 mission.

They include a raised cylindrical structure, similar to a nuclear cooling tower, next to what could be a type of turret.

What makes all of this evidence so compelling is the number of well-known astronauts who have made corroborating statements.

The sixth man to walk on the Moon, Apollo 14 astronaut Dr. Edgar Mitchell, shared this:

“After traveling in space, I am absolutely sure that the aliens are watching us. I don’t know how many, where and how they do it, but they look at us; we always see these ships ”.

Apollo 11 lunar module pilot Buzz Aldrin supported this statement with his own experience:

“I saw this light moving relative to the stars. We were smart enough not to say, ‘Houston, there is a light, there is a light that follows us.’ So, technically, it becomes an unidentified flying object. “

Could that be the real reason why the lunar surface has not been stepped on or colonized since the last lunar mission?