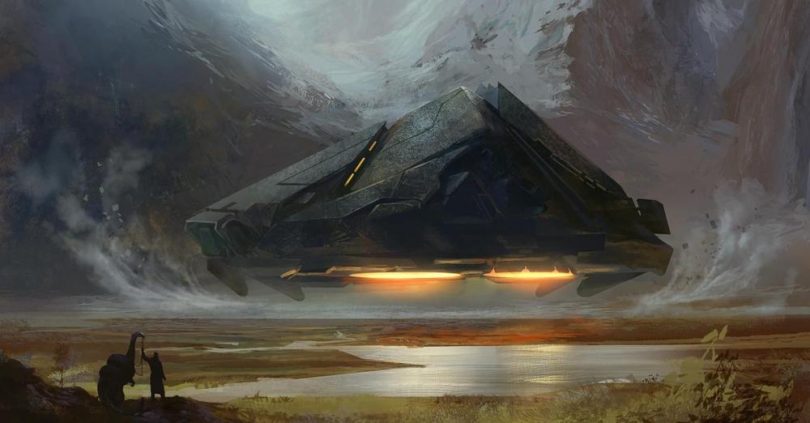 The history of mankind keeps many secrets hidden for millennia. It is possible that the Earth was visited by interstellar vehicles from other worlds.

There are ancient manuscripts , possibly written for some purpose . The truth is that humanity will always be oriented to discover its true origin. And the story tells of interstellar vehicles , beings from other worlds, and many other events that orthodox historians wish to eliminate.

In these ancient texts mention is made of exotic technologies, such as antigravity . Whose control came from the human mind.

For many, civilizations such as the Sumerian or Egyptian are considered those that would have the greatest relevance in terms of the evolution of the Earth .

However, ancient India keeps ancient texts with a unique and surprising knowledge.

The oldest history of mankind?

One of the broadest histories of society is found in ancient India, and its texts known as the Vedas considered the greatest ancient manuscripts of mankind.

Among some of the particularities found in these texts is the mention of flying ships that traveled the Earth 6000 years ago .

These Vedic Sanskrit texts constitute the oldest link in Hinduism in terms of Sanskrit literature and writing.

In the book, Vaimanika Shastra or “Science of Aeronautics” are descriptions of interstellar vehicles , whose control was the mind through. A technology of ancient cultures, now defunct.

Mention is also made of antigravity or levitation as technologies used in the past.

For some scholars the sacred text Vaimanika Shastra can be considered as a guide for space, interstellar and space travel

V. Raghavam, writer of more than 120 books and  1,200 articles , which credited him with the Sahitya Akademi Prize for Sanskrit in 1966, was commissioned to interpret those spoken by Vaimanika Shastra.

Dr. V. Raghavam interpreted that thousands of years ago alien beings visited our ancestors. In the same way, human beings inhabited other planets .

Other scholars and authors agree with Raghavan, that evidence of various types of written technologies can be found in the Ramayana and the Mahabharata.

For the professor of aeronautics at the Indian Institute of Science in Bangalore, Dr. AV Krishna Murty, what has been said is totally true.

It is worth mentioning that, although the Hindu Vedas is not the only text that makes mention of flying ships, it is the most explicit and graphic. So can we say that the Earth was visited by the Ancient Astronauts?