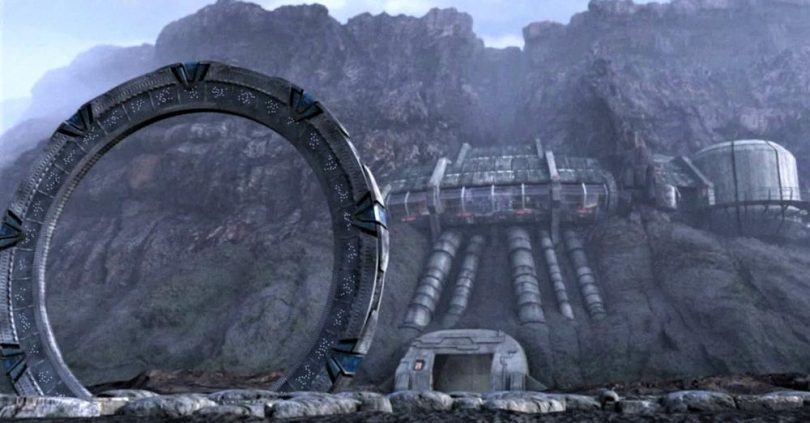 The images captured by Google Maps show some structures or military complex with a kind of “Stargate” device, a short distance from the famous Area 51.

According to UFO researchers, this “Stargate” was built thanks to the ‘ Pegasus Project ‘, where different types of tests were carried out between 1968 and 1976.

Evidence that was basically “to travel in time and space, and possibly through parallel universes.”

Gravitational and magnetic research carried out long ago by UFO researcher Joshua Warren tells us that near Groom Lake, the time would decrease by 20 milliseconds.

Warren is convinced that it is a gravitational anomaly.

Warren himself tells us that in this place there could be a “Stargate” or a “Wormhole” that represents a temporal-gravitational dimension.

This is the effect of time flowing at different speeds in regions of different gravitational potential.

“For example, in the vicinity of a black hole, the slowest time will flow.”

Clearly, Warren was not wrong since this military complex was discovered with the “Stargate device.”

According to some whistleblowers, the Department of Defense developed Stargates or technology for space-time travel more than 40 years ago.

As early as 1967, the United States government allegedly used a facility dedicated to this and built on the basis of Tesla’s quantum access.

This technology has been used to keep the construction of military installations secret, as well as offering political and economic benefits by knowing what the future holds.

Some say the CIA confiscated the documents from the Tesla transporter shortly after his death.

The Dr. Andrew D. Basiago participated in the DARPA Project Pegasus (from 1968 to 1972) which focused on time travel.

He said that the CIA and the US Navy operating Area 51 were actively training groups of US military and students to become the first generation of dimensional explorers.

The “Stargate ring” visible on Google Maps is part of the underground military complex called «Century IV», which is part of Area 51, where work began on the «Aquarium» project in 1990.

The same microbiologist Dan Burisch who worked on Area51 describes a Stargate that is located near the secret base and near Lake Groom.

Dan says that “next to this huge device is a platform with a Portal that allows the object to be thrown into the wormhole to travel to other stars, teleporting people or materials from one place to another instantly.”

This device is also known as ” Looking Glass ” and was used to see the probabilities of future events.

As Burisch states, many wars and catastrophes would have occurred due to these Stargates. According to Burisch, there are fifty Stargates on Earth.

“Today, the human race would be in danger of extinction due to climate change, and the elite could be using these devices to build bases and shelters on other worlds.”