Warning: The magic method Tribe__Extension_Loader::__wakeup() must have public visibility in /homepages/20/d746359503/htdocs/clickandbuilds/MysteriousThings/wp-content/plugins/the-events-calendar/common/src/Tribe/Extension_Loader.php on line 157
 Renowned scientist warns of a new and imminent pandemic that will kill half of the world’s population – Mysterious Thing 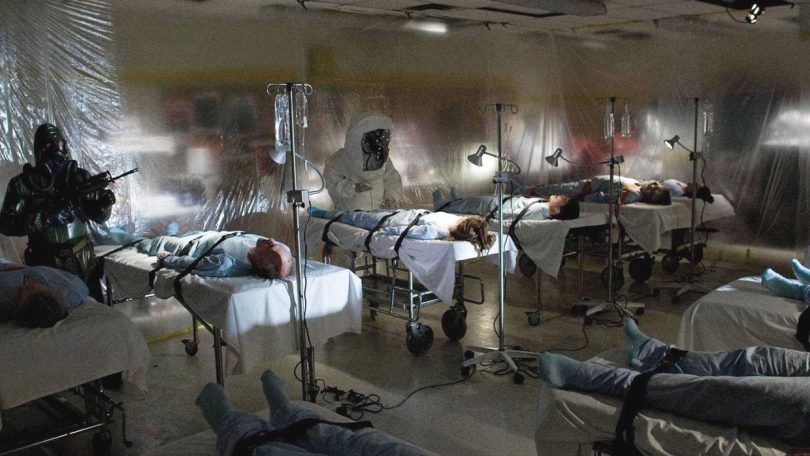 We are at the end of May 2020, and although the countries are in what is called ‘de-escalation’, the coronavirus pandemic has so far left us almost 6 million infected and more than 366,000 dead. But let’s go back in time. In September 2019, a report prepared by the United Nations warned of a “very real threat” of a pandemic that would devastate the planet and kill up to 80 million people. According to the report, a deadly airborne pathogen worldwide could wipe out almost 5 percent of the world economy.

However, this was not the first time that experts warned of an impending global pandemic, and the result has always been the same: no noticeable impact on political leaders, financial companies or multinational institutions. Even in 1989, the Nobel Prize in Medicine brought together other Nobelists and a list of epidemiologists in Washington to consider a then controversial hypothesis that viruses, far from being defeated by modern medicine, were actually emerging worldwide in animals and people, often in ways never seen before. But it appears that the prospect of a truly deadly pandemic did not sufficiently motivate world leaders, who for decades have refused to take steps to protect the population. This brings us to now, where a microscopic threat is invading our world. And just when they are selling to us that we are emerging from the health crisis, just as the death toll drops and new hospital admissions for coronavirus are heading towards zero, just as we begin to allow ourselves to leisurely stroll our streets, a renowned scientist warns that this it has only been the beginning of something much worse.

Renowned American scientist and a strong advocate of the plant-based diet, Dr. Michael Greger, has warned of an impending virus outbreak capable of wiping out half the world’s population. In his new book titled “How to Survive a Pandemic (How to Survive a Pandemic),” Dr. Gregor cautions that an apocalyptic virus that could emerge from crowded and unhealthy chicken farms has the potential to wipe out half of humanity. . Dr. Greger, a scientist, physician, and public health professional, writes that on the epidemic ‘hurricane scale’, COVID-19, with a death rate of about half one percent, is simply a Category Two or Three. The ‘Big One’ of viruses will be 100 times worse , with a death rate of one in two. Civilization as we know it will disappear.

While scientists warned earlier this month that the world will face yet another much stronger epidemic if we continue to destroy the environment, Dr. Gregor attributes the origin to chickens.

“With pandemics explosively spreading a virus from human to human, it is never a question of if, but when,” writes Dr. Greger.

Citing the 1920 Spanish flu outbreak and the 1997 H5N1 outbreak in Hong Kong, the American doctor says the concern is that the virus never stops, but is always mutating. He adds that it is a hidden monster , the one that makes epidemiologists shudder.

The Hong Kong outbreak, which originated from a bird market, started with a three-year-old boy whose sore throat and tummy ache turned into a disease that killed him in a week from acute respiratory problems and organ failure. . While only 18 people got the flu, a third of them died. During that pandemic, the Chinese government killed 1.3 million chickens in an attempt to eliminate the virus , but since then there have been two more outbreaks between 2003 and 2009 outside of China. But with over 24 billion chickens on earth feeding the world, what can be done? Dr. Gregor suggests changing the entire system, the first is to eliminate large-scale farms where chickens are fed antibiotics , are exposed to high levels of ammonia from their own droppings, in such tight spaces they cannot move their wings and transmit diseases from one to another easily, which provides an ideal terrain for spread. The next thing would be to help the smaller farms to be able to raise the chickens.

“The pandemic cycle could theoretically be broken forever,” continues Dr. Gregor. “Bird flu could be punished.”

But until then, he warns that as long as there are poultry, there will be pandemics. In the end, it will be us or them. Again we are faced with the warning of a new pandemic, and again the world leaders will not take measures to prevent it. Because the reality, as COVID-19 has already demonstrated, is that we are simply pawns in a great chess , and the elderly and poor are unnecessary for the new society.

Do you think the new coronavirus is just the beginning of the true apocalyptic pandemic?