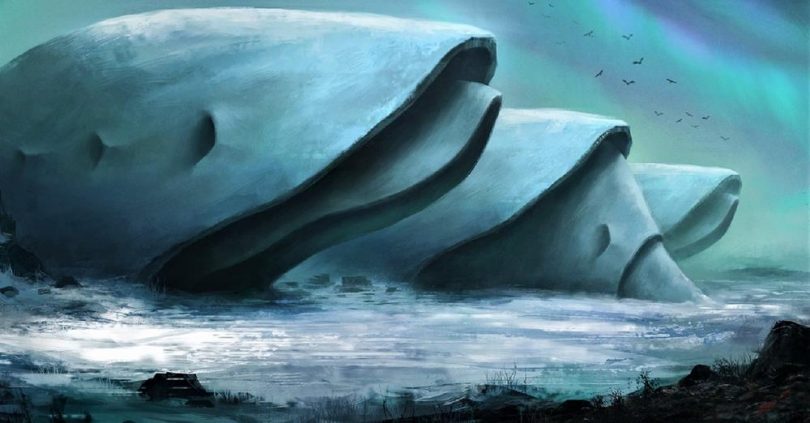 Siberia is a frozen land, full of mysteries and enigmas that have dazzled the scientific world. One of these questions is metal spheres that baffle experts.

Located in Russia, Siberia is a region endowed with mysteries ; the area has been linked to multiple UFO sightings, habitat of lost civilizations, strange phenomena or rare explosions.

An example is the strange case of Tunguska ; mystery that little by little has become more related to an unidentified flying object.

North of Russia is Yakutia, a region of 3,083,523 square kilometers. This area has been explored very little since, being surrounded by swamps, it is practically impassable.

The natives know it as ” The Valley of Death ” and avoid approaching the area at all costs. Local stories assure that whoever enters, never returns .

It is in this frozen valley, where there are testimonies of the existence of some strange metallic spheres that nobody knows how they appeared or what function they fulfill there.

The locals assure that the origin of the spheres is not terrestrial , although there is no type of scientific research to corroborate it.

Obviously this whole area of ​​Siberia seems to be a magnet for mysterious and strange phenomena ; A small list of unfortunate events in the area are the Tunguska, in 1908, Chulum in 1984, and Vitim, in 2002.

Hence, the legend of the “Ancient Taiga Demons” is born, quite popular among the natives.

Testimonials of people who went to the place

The renowned explorer R. Maak, was one of the first people to explore the region in 1853 . His story tells of Algy timirbit, a river that flows through the upper part of the Viliuy mountain . In that place there is a kind of “copper cauldron” that he could not measure , since only the edges were visible sticking out of the ground.

A geologist, in 1936 he ignored the legends of the area and entered the vicinity of the Olguidakh river , guided by native elders. There he found a sphere buried in the ground, reddish in color and extremely smooth . He said the edges were sharper than any material he has ever known and the outer walls were barely 2 centimeters thick.

All this information was sent to the Yakutia regional center.

In 1979 , an expedition of native archaeologists tried to locate the spheres mentioned in different legends.

The person who guided them claimed to have seen them in his youth, but the topography of the place was totally different compared to those days.

ND Arkhipov, a researcher who studied Yakutia culture, had this to say:

«Among the population of the Viliuy basin there is an ancient legend about the existence in the upper parts of this river of bronze cauldrons or olgis.

This legend deserves attention since the areas that are the supposed location of the mythical calderas contain several streams with the name Olguidakh ».

Other testimonies with less documentation come from hunters who claimed to have seen them. Some protruded from the ground and others covered by vegetation or under water.

What can be deduced is that these strange spheres are made of an unknown metal, very similar to copper. It is believed that its strength and toughness is far superior to what is known.

The curse of the spheres

The few tests that have been done have not been taken into account by the laboratories, since they do not know their origin or composition .

Local explorers assure that as time passes the spheres sink deeper into the ground until they disappear.

A strange fact is that in their surroundings, strange blackish spots appear on the ground and the vegetation does not grow . Reason why the elders of the area curse them.

Related to this is the testimony of Mikhail Koretsky from Vladivostok, who claimed to have been in the place where the spheres are found.

He said that up to 3 times he visited the place; the first time with his father at the age of 10 in 1933. Then he returned in 1947 with a group of young people.

His interest in visiting the place was the possibility of finding gold in the valleys. On the spheres, he managed to make out up to 7 spheres or cauldrons .

The size and the metal were powerfully conspicuous. They tried to scratch them with a fine, sharp chisel on several occasions, without success. The metal they are made of is not damaged .

The little vegetation that existed around the spheres was totally strange , of disproportionate sizes or peculiar colors.

They spent the night in the area and did not immediately feel any strange effects. However, 3 months later, one of the 6 young men lost all his hair and 3 strange sore spots appeared on the left side of Vladivostok’s head . Coincidentally, that side was the one that rested on the ground to sleep.

So far there is no scientific study on the spheres, beyond testimonies made by adventurers. But the spheres of Siberia continue to generate intrigue. Where do they come from or what is their origin? Nobody seems to know.