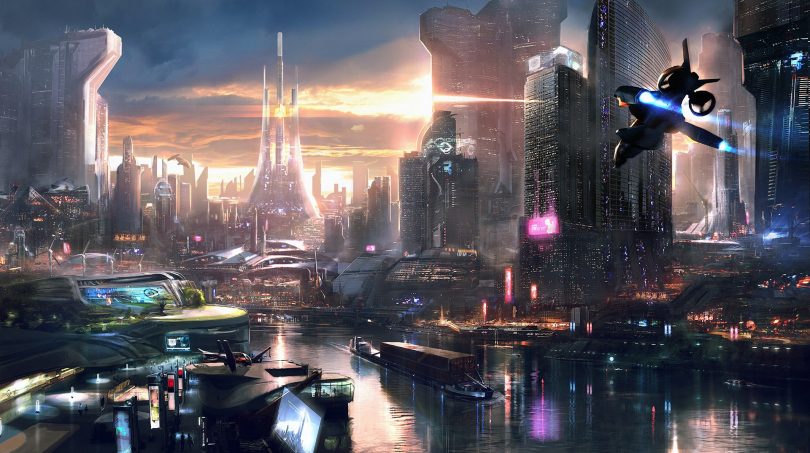 Paul Dienach spent a year in a coma victim of a strange illness and upon awakening assured that his conscience had traveled to the body of a man of the year 3906.

“Chronicles of the future” is a book that contains the diary of a man who never intended his words to be revealed to the world.

Although many will immediately dismiss this testimony as a great delirium, Dienach took it very seriously. But let’s start at the beginning. Dienach was a German teacher who lived at the beginning of the last century in Central Europe and the truth is that he never thought about being a writer, let alone traveling in time. The circumstances led to that.

In 1921, Dienach was the victim of a great epidemic of lethargic encephalitis, and as a result he fell into a coma, a state in which he remained for a year in a hospital in Geneva.

When he woke up, he began to write his diary, in which he said that throughout that year he was wide awake.

According to Dienach in his diary, far from being confined to his bed, his conscience traveled to the body of another man named Andrew Northman, with the extra peculiarity that this man will live (sounds strange, but it is so) in 3906.

The people of the year 3906 realized that a different consciousness was in the body of Andrew Northman and decided to tell him everything that had happened in the world in the last two millennia. Upon awakening, Dienach feared being considered a madman, so he did not tell anyone what had happened to him. But all that changed in Greece. At 36 years old, Dienach’s state of health left a lot to be desired, so he decided to move to Greece, where there is a better climate. So in 1922 he moved there and started teaching French and German to survive.

Among his students was George Papahatzis, who described Dienach as “a modest man who used to pay attention to details”. After two years, his health hit rock bottom and he decided to move again, now to Italy. Before leaving, he gave his diary to Papahatzis, his favorite student, to practice his German translating the text from German into Greek.

Anyway, Dienach left and in 1924 he died of tuberculosis. For his part, Papahatzis translated the text over a period of 14 years, from 1926 to 1940. At first he thought it was a novel, although a very rare one. But as he progressed he realized that what he was translating was a newspaper ..

Here we leave you a magnificent video of Vicente Fuentes, we hope you enjoy it!