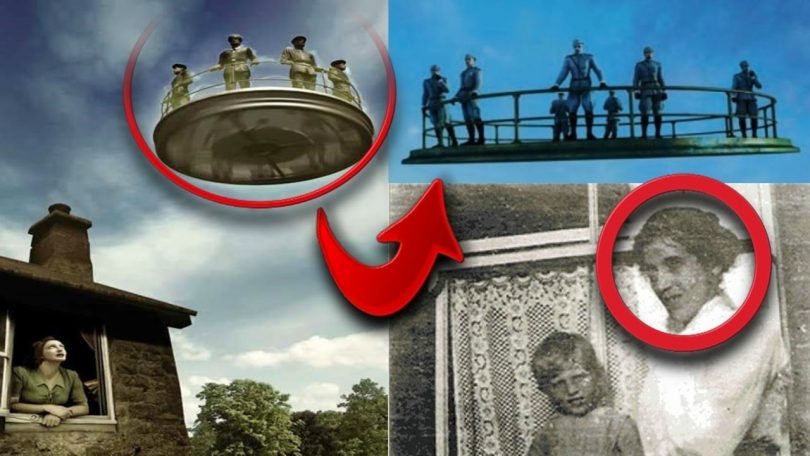 The case of Agnes Whiteland is one of the most disconcerting incidents in the history of ufology, and dates back to the years of the First World War (1914-1918). The event took place in England.

The story of Agnes Whiteland begins when she looks out onto the balcony of her house on the first floor. A few meters in the air displays a round platform with a thickness of 30 centimeters and a diameter of 3.5 meters. On this platform were between eight and twelve men, standing and in a circle, facing forward as if they were observing something around them. This platform had two irons in circumference, one at the knees of those men and the other a little higher. These visitors were dressed in blue uniform and hat of the same color. They looked like military men.

According to the account by Agnes Whiteland, this platform was about nine meters high from the ground and about ninety meters away from where the witness was. The mysterious thing about this event is that this platform apparently did not have any propulsion motor or produce any noise that could be perceived with the simple ear. 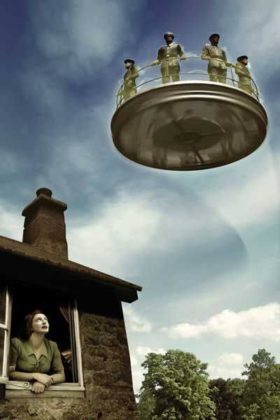 Nor were any cables or ropes visible through which the platform supporting these silent travelers could be laid. They stayed in this place for a few minutes and disappeared in the same direction from which they came. As for the uniform they wore, it looked much more modern than the usual military uniform of that time. You could say that his presence did not fit in the place or the time.

The information received about this unusual fact has been investigated by several experts. The results did not find any valid explanation about what happened or this form of transport used by visitors.

Among all the known facts seems to be an isolated event. Everything apparently points to a visit by some gentlemen coming from the future to observe and be direct witnesses of the First World War. But, this case, maybe it will never be solved or explained scientifically.

For now, this story is like a memory in the minds of relatives who still live today and live with this unusual experience of that English lady called Agnes Whiteland.