Warning: The magic method Tribe__Extension_Loader::__wakeup() must have public visibility in /homepages/20/d746359503/htdocs/clickandbuilds/MysteriousThings/wp-content/plugins/the-events-calendar/common/src/Tribe/Extension_Loader.php on line 157
 The supposed alien technology that the Russian army found in the arctic – Mysterious Thing 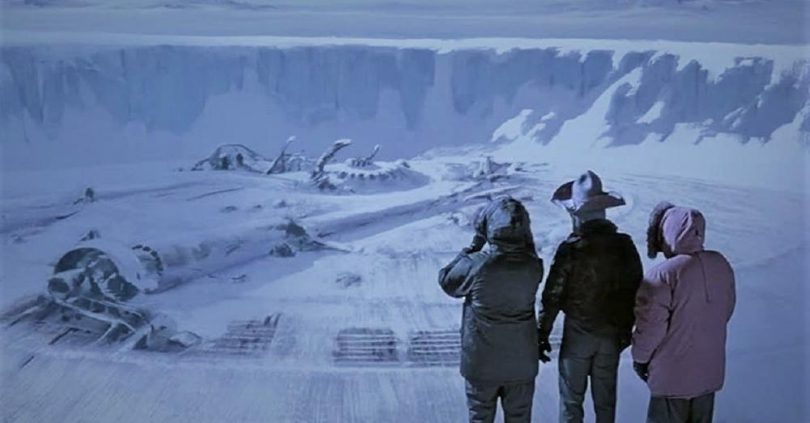 Normally, the few scientists who tell themselves to give information about the extraterrestrials, they assure that they are out of our reach. However, the Russian military “recently claimed” that alien technology would exist under the Arctic.

The search for intelligent life and alien technology has been, for the most part, in vain. Or at least, scientists say that we are not able to locate it .

However, how to know if what they tell us is true? We know that there is a brutal smear and censorship campaign on this issue. Therefore, the alleged discovery of UFOs under the Arctic by Russia has surprised locals and strangers.

Alien technology hidden under the arctic?

Russia, and especially its leader Vladimir Putin , have for many years shown an interest in UFOs and the alien technology they may contain.

However, there had never been news of real interest from the Eurasian nation. Every time there is a manifestation of intelligent life superior to the human one, authorities are in charge of minimizing the fact.

In recent years, the United States has also been heavily involved in this issue, as has China.

But the first nation to begin the “real” search was Russia, after several of its military experienced strange situations at the poles of the Arctic .

While conducting secret explorations for the Putin government, various military personnel picked up different signals that could solve several of the arctic mysteries.

Statements of a Russian captain

Captain Prikhodko, who was in command of a Russian mission in the Arctic, related a surprising fact.

During the reconnaissance of the terrain, the Captain detected several unidentified objects “sailing” at speeds never seen before. These objects moved under the Arctic ice without any hindrance. As if they were submarines with advanced technology.

According to his experience, no land submarine , regardless of having the most advanced technology, could reach such speeds.

Prikhodko assumed that it was alien technology , since it was necessary to have an intelligence far superior to the human to create such vehicles.

He claims that this was not only seen by him, but by the entire platoon under his command, and that he accompanied him at all times.

Is it possible to confirm or deny the Captain’s words? It is not, in fact, no one knows exactly what it is that is hidden under the Arctic ice .

Obviously, it is impossible to know the origin of these objects. But they are not the only ones who have claimed to have seen alien technology in the Arctic; China has also tried to hide the existence of UFOs.