Warning: The magic method Tribe__Extension_Loader::__wakeup() must have public visibility in /homepages/20/d746359503/htdocs/clickandbuilds/MysteriousThings/wp-content/plugins/the-events-calendar/common/src/Tribe/Extension_Loader.php on line 157
 The ‘Washington Post’ shows that the coronavirus emerged from a laboratory in Wuhan – Mysterious Thing 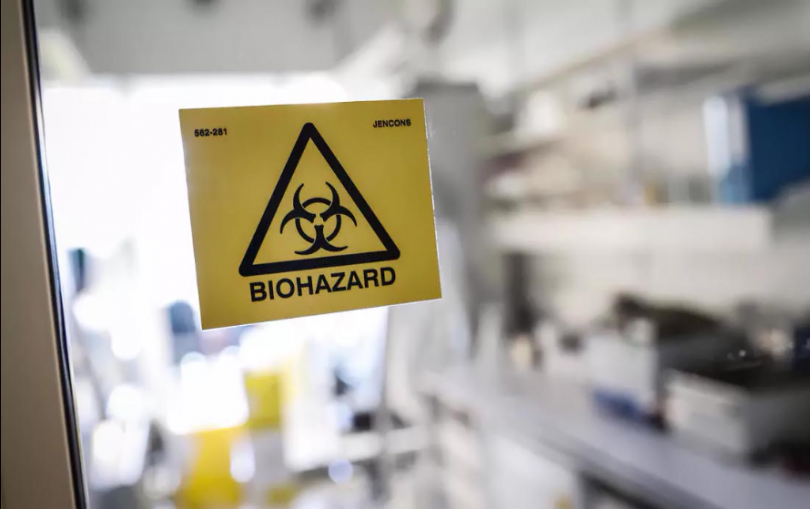 It is undoubtedly the million dollar question: What is the true origin of the new coronavirus ? What is known so far is that it originated in the Chinese city of Wuhan in December 2019, which scientists originally called it Sars-CoV-2, but later became COVID-19 and is now a global pandemic. That to date there are more than 2 million infected and more than 130,000 deaths from this enigmatic virus worldwide. But its origin remains unknown.

Pangolin was originally thought to be the likely origin of the coronavirus pandemic. Then bats and now stray dogs have been suggested. However, since this global health crisis began, really worrying information began to spread that could explain why scientists have not been able to identify its origin so far. As we have already published in MEP, just 16 kilometers from the Wuhan market is one of the most dangerous virology facilities in the world . It is a level 4 biological containment laboratory, which means that it has a high level of operational safety and is authorized to work with dangerous pathogens, including Ebola. In addition, there is another laboratory near the market, the Chinese Center for Disease Control and Prevention, which only has a level two biosafety certification.

It is clear that at the time this information was considered a “Fake News” , but that it is gaining more strength every day. It has even gone so far that the conspiracy theory or “hoax” is more plausible than previously thought.

In diplomatic cables, obtained by “The Washington Post” columnist Josh Rogin, US officials voiced safety concerns at the Wuhan Institute of Virology in 2018, two years before the coronavirus pandemic. The laboratory, which has a level four biosafety research certification, the highest possible rating, was conducting research on bat coronaviruses.

After multiple visits to the laboratory of a US diplomat in Wuhan and a scientific diplomat from the US Embassy. In Beijing in early 2018, they voiced concerns about the security of the investigation and sent two “sensitive but unclassified” diplomatic cables to Washington DC, requesting assistance to help the laboratory adjust its security protocols. According to Rogin, a cable dated January 19, 2018 said that during interactions with scientists in the WIV laboratory, they noted that the facilities were short of properly trained technicians and researchers necessary to operate the high containment laboratory.

The American journalist reveals that diplomats and scientists were particularly concerned about the safety of the laboratory’s investigation into the transmission of bat coronaviruses and warned that sloppy security protocols for handling contagious viruses in the laboratory “represented a risk of a new pandemic similar to SARS ” . It is true that at no time is the possibility that the new coronavirus was created in a laboratory as a biological weapon mentioned . But recently reported diplomatic cables show that the virus may have “escaped” from the laboratory by accident or through biological waste, infecting the surrounding population.

In the cable, diplomats said the researchers’ work strongly suggests that bat coronaviruses similar to severe acute respiratory syndrome (SARS) can be transmitted to humans to cause other diseases . While such research was important to fully understand animal-to-human transmission of the coronavirus, it also raised concerns that the highly dangerous research could cause some catastrophe without immediate intervention to improve laboratory safety protocols.

“The cable was a warning, ” a US official told The Washington Post. “They begged me to pay attention to what was happening.” While the Chinese government has said that the new coronavirus was first transmitted to humans at a seafood market in Wuhan, there are still many questions about the virus’s origins. This has been exacerbated by the lack of transparency of the Chinese regime, restrictions on research into the virus and the silence of those who first denounced it . Not to say that the argument that the virus originated in the Wuhan market is baseless. The market did not sell bats, and subsequent research found that neither the first person known to be infected had a connection to the market, nor did the first group of infected patients.

The truth is that all arrows point to the laboratories near Wuhan as the origin of the coronavirus pandemic. Now we will have to wait to see if another one of the conspiracy theories that has been widely discredited ends up being demonstrated: that it is a biological weapon. Leaving this aside, it is incomprehensible that the WHO praised the measures established by China to control the progression of the coronavirus, when they reported late and wrong.

Not to mention all the contradictory information that has led us to the current situation . Both China and the WHO should take responsibility for the coronavirus pandemic, and ultimately pay for each of the deaths caused by its ineptitude. Although thinking about it coldly, perhaps everything is part of a global conspiracy of depopulation and population control . At this point, anything is possible.

Has the new coronavirus escaped from a lab near Wuhan or is it a deliberately released biological weapon?