Warning: The magic method Tribe__Extension_Loader::__wakeup() must have public visibility in /homepages/20/d746359503/htdocs/clickandbuilds/MysteriousThings/wp-content/plugins/the-events-calendar/common/src/Tribe/Extension_Loader.php on line 157
 “They are real”: Ex-fighter pilot who witnessed the Tic-Tac UFO speaks – Mysterious Thing 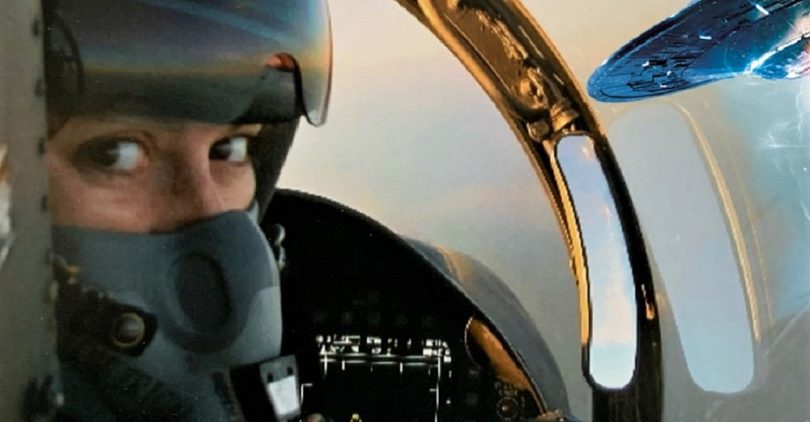 Lt. Commander Alex Dietrich was training with a strike group approximately 100 miles southwest of San Diego when she and another pilot spotted the mysterious object.

Along with his fellow former pilot, Commander Dave Fravor, who was also on the training mission, he has now been talking about the encounter.

Videos of the encounter, along with another in Florida, were first released by the Pentagon in 2020.

Dietrich told CBS ’60 Minutes’ that the fighter pilots had struggled with how much to reveal about the encounter as the descriptions sounded “crazy.”

“Over beers we said, ‘Hey, if I had seen this solo, I don’t know if I would have come back and said something,’ ‘Dietrich said during the interview. “Because it sounds so crazy when I say it.”

Favor and Dietrich were each flying an F / A-18F fighter jet when they said they saw an anomalous object flying in their vicinity.

“He wasn’t identified, and that’s why it was so unsettling for us because we didn’t expect it. We couldn’t classify it, ”Dietrich said.

At the same time, the ship that was part of his training team, the USS Princeton, detected “multiple anomalous aerial vehicles” on the horizon descending 80,000 feet in less than a second.

The former fighter pilot said she felt threatened by the mysterious object. “I felt the vulnerability of having nothing to defend ourselves.

And then I was confused when it disappeared, ”she said.

Dietrich told the Washington Post that people had contacted her over the years to find out more about what she had seen.

“I feel a duty and an obligation. I was on a taxpayer-funded plane, doing my job as a military officer, ”he said.

“Citizens have questions. It is not classified. If I can share or help give a reasonable answer, I will. I don’t want to be someone who says “no comment.” “

But Dietrich says he is still reluctant to associate himself with the Tic-Tac sighting saying, “I don’t want to be the faculty UFO fanatic.”