Warning: The magic method Tribe__Extension_Loader::__wakeup() must have public visibility in /homepages/20/d746359503/htdocs/clickandbuilds/MysteriousThings/wp-content/plugins/the-events-calendar/common/src/Tribe/Extension_Loader.php on line 157
 They discover possible entrances to underground base in Area 51 in satellite images (VIDEO) – Mysterious Thing 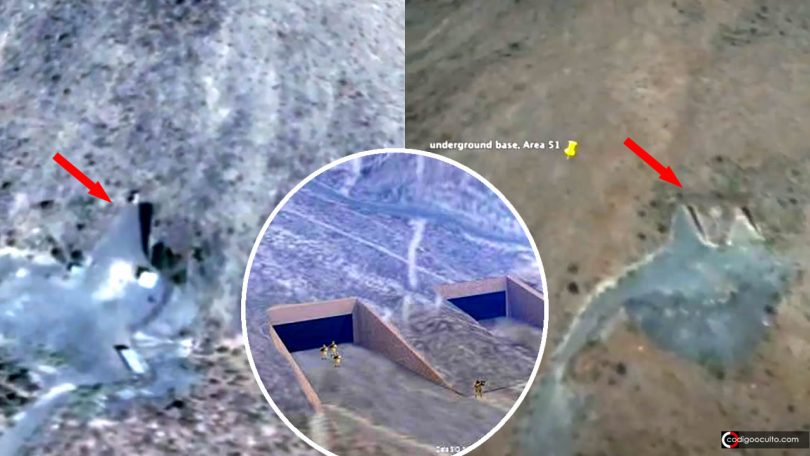 When it comes to Area 51 the mysteries are practically endless. This time, a new revelation has been released and it concerns possible entrances to underground bases in the place where this enigmatic base is located.

According to the report published on the UFO Sightings Daily website, the discovery was made on August 29 (2020). 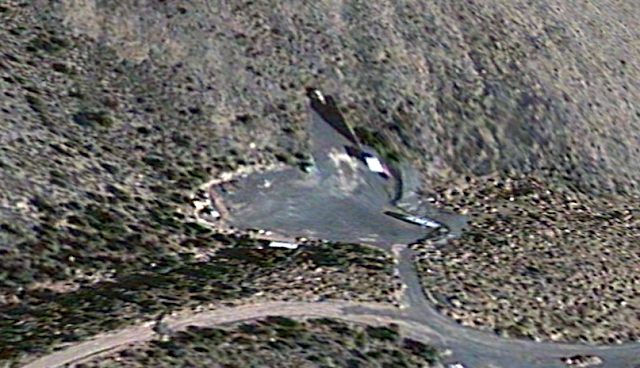 “I was using the Google Earth map at Area 51 when I came through an underground base. This base has three entrances, a large one measuring 18 meters by 9 meters. And two other smaller ones. There are air vents coming out of the bigger one and two pipes coming out of the top of the hill. All this was just a few kilometers from where he had discovered a 30-meter UFO parked on a track and a perch had been built around it. “ 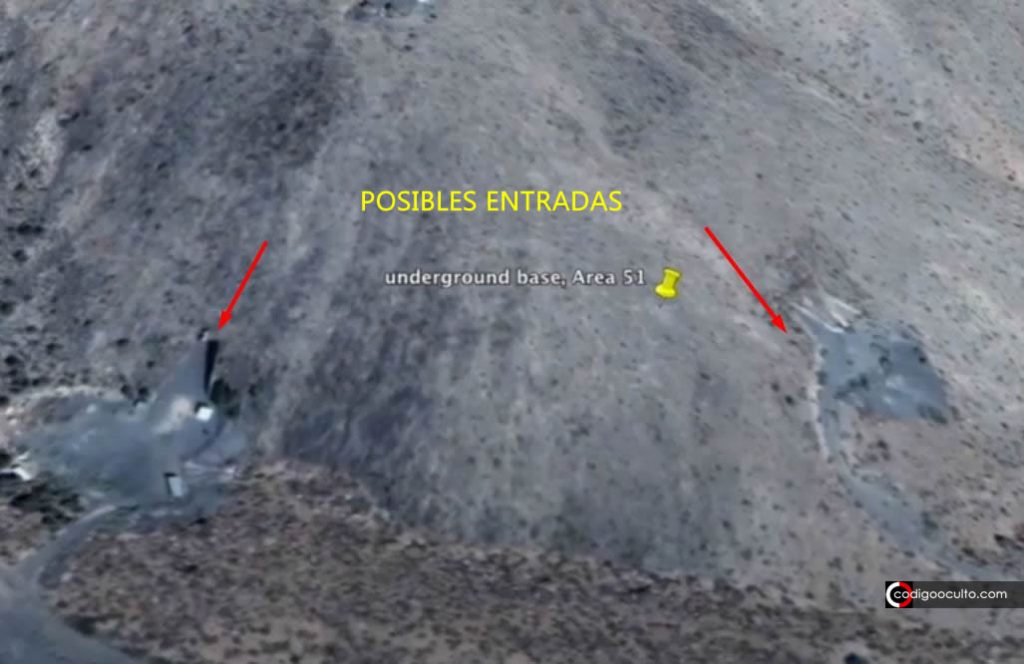 Waring’s theory is that the possible base under the accesses observed in the previous images, would host tall white aliens .

He argues that it would be a military secret in which a possible cooperation between aliens and the army would have taken place.

Waring says this could be the military entrance to a secret base for groups of aliens that would be found underground. Another view of the two possible entrances to the secret underground base. 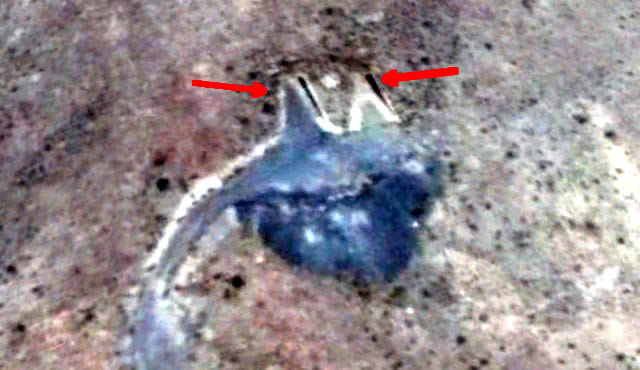 It is clear that this is not the first time that entrances to tunnels in the mountains have been reported that could lead to secret bases. In a previous article we showed what another user found in Area 51 and later spread it.

It is no secret that the US has underground bases built under mountains, and proof of this is the Cheyenne Mountain Complex, a military installation and defensive bunker located in the unincorporated county of El Paso, Colorado, where the headquarters of the North American Aerospace Defense Command (NORAD) and the United States Northern Command (USNORTHCOM).

So if it’s a secret base under the area where Area 51 is located, it should come as no surprise. What should intrigue us is what is found there. With the fame gained in all these years, we could think pretty crazy things.