Warning: The magic method Tribe__Extension_Loader::__wakeup() must have public visibility in /homepages/20/d746359503/htdocs/clickandbuilds/MysteriousThings/wp-content/plugins/the-events-calendar/common/src/Tribe/Extension_Loader.php on line 157
 They open a mummy in Israel and discover that it is not human (Video) – Mysterious Thing 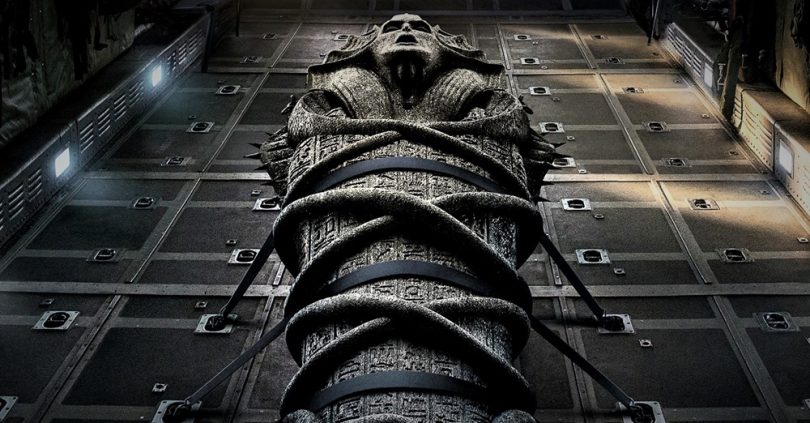 Scientists have found a 3,000-year-old mummy in Israel and have discovered by opening and studying it that it is not human

Two ancient Egyptian sarcophagi were believed to contain human remains. One of them was thought to be a mummified child, as it has the appearance of a “little human.”

However, the CT scan revealed a surprise inside. The mummies were not, in fact, human.

One of them was a bird that represented the god Horus and the other “infantile” mummy was full of mud and grains in the shape of the god Osiris.

For many decades, these two ancient sarcophagi had been part of the collection of the National Maritime Museum and, although their origins are unknown, official museum records suggest that they contained mummified hearts.

But when a team of CT archaeologists scanned the 3,000-year-old “bird and child” mummies at Rambam Hospital in Haifa, Israel, the remains of the infant mummy were found to be a votive offering to Osiris, the Egyptian god of God. death and lord of the underworld, in the form of a doll full of clay and grains.

The two mummies date between 2,500 and 3,000 years, and according to a report in the Daily Mail, Rambam’s director of medical imaging, Dr. Marcia Javitt, said the smaller mummy was “bird-like.”

It also contained a mummified bird, probably a falcon, which was symbolic of Horus, the ancient Egyptian god of royalty and the sky.

The larger of the two mummies resembled “a little boy” and it turns out that it was actually a handmade plant material doll representing the god Osiris, and this artifact according to Ron Hillel of the Haifa museums is known as a “Grain mummy” or “corn mummy”.

In ancient Egypt, when a mummy was placed in his tomb, mummified artifacts and animals were also added to symbolically protect the mummified remains and his soul’s journey to the afterlife.

The researchers said it is possible that these two mummies were buried in a “Pharaoh’s Tomb,” as an offering to the gods on behalf of the deceased.

Guardians of a deceased Pharaoh?

Dr. Javitt said that the ancient Egyptians mummified numerous animals including: cats, crocodiles, fish as votive offerings and food for the afterlife, but birds had a very important role after death in ancient Egypt.

They were thought to be “protective” beings, so he often placed mummified birds and bird-shaped artifacts inside the tombs of the pharaoh.

And while Dr. Javitt makes it clear that he is not saying that this mummified bird definitely came from the tomb of a pharaoh, he said “it is conceivable that it has something to do with that kind of story.”

Dr. Javitt said: “With mummies, the bones become less dense, the tissues become dehydrated, and it is nothing like scanning a living animal, human or other creature, because the tissue relationships are very different.

However, dual-energy CT allowed the researchers to measure the atomic number of tissue that is not dependent on hydration or condition – “it’s elemental,” Dr. Javitt said.

This new research has revealed a lot about how these two ancient mummies were made, and it is known that they symbolically helped the soul of a deceased Egyptian after death.

Because the ancient Egyptians believed in the immortality of the soul, the moment of death was considered a temporary interruption in a journey, rather than what it is today: the cessation of life.

And to ensure the continuity of life after death, people paid homage to the gods during and after their life on earth.

However, what these two mummies represented is only part of the story and Dr. Javitt and her counterparts at the museum told the press that they plan to return to work next week with the specific goals of determining the origin of the couple. of mummies.

And to solve the mystery of exactly for which soul they were designed to protect the mummies of children and birds, the doctor said that she and her team will work as “anatomical and archaeological detectives” until all the remaining questions are answered.