Warning: The magic method Tribe__Extension_Loader::__wakeup() must have public visibility in /homepages/20/d746359503/htdocs/clickandbuilds/MysteriousThings/wp-content/plugins/the-events-calendar/common/src/Tribe/Extension_Loader.php on line 157
 Time Traveler assures that it was to the year 1863 and Abraham Lincoln met – Mysterious Thing 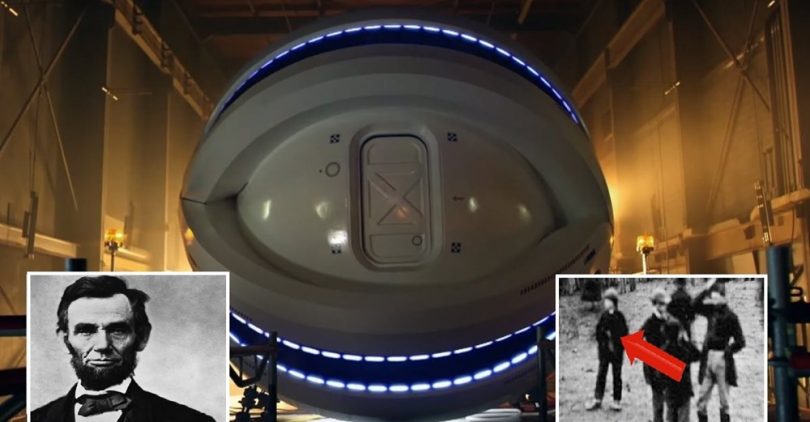 A man claims that in his school years he was selected for a special program of the United States government and was a time traveler.

It is about Andrew Basiago, an American lawyer, who is currently trying to make known about a secret project that became known as Pegasus. A project that turned him into a time traveler.

Basiago explained that as a child, during the Cold War, the United States government tried to develop a time travel project .

“He was sent to the past and witnessed Abraham Lincoln ‘s 1863 address at Gettysburg.”

This project was commissioned by DARPA , the North American Defense Advanced Research Agency. He assured that the scientists or the most privileged brains of the United States were involved .

The Time Traveler and Project Pegasus

Basiago assured that a lot of tax money was invested in the Pegasus Project. That Einstein’s theory of special relativity was distorted with the creation of a time machine .

But in the end, the US government deemed the project very dangerous and was closed. Basiago’s father also participated in the program, which first emerged in 1968 in New Jersey.

Project Pegasus was based, in general, on the theory of relativity. According to theoretical physics, wormholes exist as part of it.

They are believed to be able to bend space-time , allowing travel great distances in instants.

Thus, Basiago explained that this technology is divided into two aspects. During the early days scientists created the Chronovision, a system that produces a hologram of a past or future event .

This is possible by sending an electromagnetic signal through an octagonal; an eight-sided array of bismuth crystals .

But in 1972, when he became a time traveler, Project Pegasus had already succeeded in doubling the temporal continuity thanks to ” Radiant Energy .”

Basiago explained that energy was “the most latent and penetrating in the universe.”

It was accessible by a machine made up of ‘two eight-foot-high gray elliptical barriers spaced ten feet apart. There the participant had to position himself.

The Chronovision was later called “Plasma Confinement”. Which was used to send Basiago to Getteysburg in 1863.

The trip to the past

In 1972, the time traveler, Andrew Basiago, was sent to a laboratory east of Hannover, New Jersey. It was under the command of Stirling Colgate , who passed away in 2013.

The doctor was one of the most involved with the development of the hydrogen bomb and much of his work remains classified today.

By then, the doctor was the president of the New Mexico School of Science and Technology, where he developed a methodology called “Plasma Confinement.”

There, the time traveler positioned himself in a clear Lucite chamber and walked among a n ube of plasma , where he accessed a wormhole.

Thus, at the age of 10, Basiago was able to go to Gettysburg. His appearance was that of a barefoot and poorly dressed child, before being taken in by a Union grocer. Thus he obtained a cornet uniform and shoes that were too big for them.

This last aspect is what helped him identify it in the unique Gettysburg photograph on the day Lincoln gave the speech.

There is no way to confirm this event, beyond the extremely clear details given and the photograph of the child. Was it really about Andrew Basiago? We hope to find out one day.