Warning: The magic method Tribe__Extension_Loader::__wakeup() must have public visibility in /homepages/20/d746359503/htdocs/clickandbuilds/MysteriousThings/wp-content/plugins/the-events-calendar/common/src/Tribe/Extension_Loader.php on line 157
 Well-known doctor ensures that the US Army has a device that allows you to see the past of a specific place – Mysterious Thing 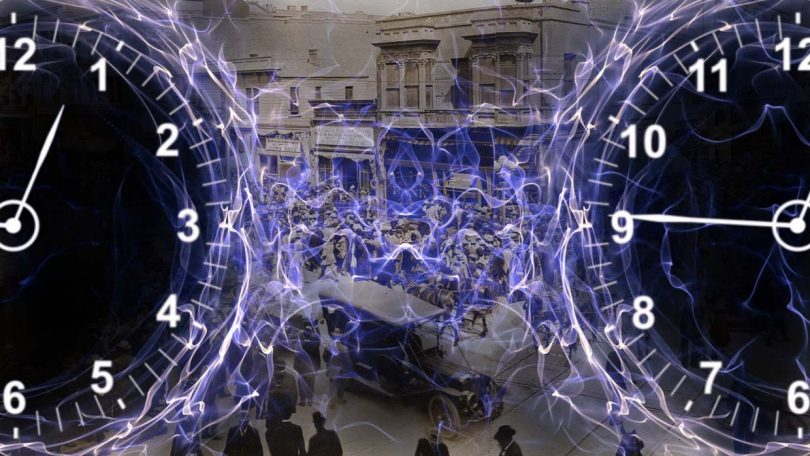 The concept of time travel has always captured the imaginations of physicists and science fiction lovers alike. But is it really possible? The answer is yes, in fact, a time machine has already been built. However, scientists are still working on how to make it as efficient as possible, the “Back to the Future” style or as in the “Dark” series . According to Albert Einstein’s theory of special relativity, time is relative depending on how fast it is moving. This is the foundation for real-world research and research on time travel.

But what many people do not know is there is already a real time machine. The truth is that it does not look anything like a DeLorean, but in fact it is quite popular in the field of science, we are talking about the Large Hadron Collider(LHC). The LHC drives the proton at almost the speed of light, which is a speed that causes the relative time of the protons to move about 6,900 times slower compared to human observers. In essence, protons are sent into the future. However, subatomic particles that are sent a fraction of a second into the future are far from being the ultimate goal of time travel. The mission, of course, would be to transport humans through the webs of time. All this shows us that time is really important for science, but also a powerful weapon in the hands of governments. Now an American researcher and doctor claims that a top-secret military device created by the United States.

A device capable of seeing the past

Dr. Steven Greer, an American trauma doctor and founder of the ufological organizations Center for the Study of Extraterrestrial Intelligence (CSETI) and The Disclosure Project, has described a strange mechanism that was developed in a secret weapons laboratory. of the United States in White Oaks, Maryland. During his investigation, he described how a military adviser to the US Navy informed him of a device that could extract information at a specific location “a century, or even a thousand years ago.”

“One of my military advisers worked with naval intelligence, ” Dr. Greer told the Daily Express . “In the old days there was a naval facility at White Oaks just outside of Washington DC. The facility had an electronic device that could extract from any point in space something that had happened in the past in that place. They called it the white noise of space-time. ” The ufologist explained that this time travel project was developed in the 1970s. He described it as an electronic system that allows you to see what happened an hour ago in the space in which you are sitting at that time. In addition, you can also extract information about what happened a century ago, or a thousand years ago, or a million years ago. Dr. Greer, one of the world’s leading authorities on the extraterrestrial issue, explained that he had interviewed many “informants” about advanced technologies that seemed to work through quantum entanglement , a phenomenon that describes how two particles that are separated by long distances in space or time and how their movements are mysteriously correlated.

“I informed the former defense ministers about these projects,” continues Dr. Greer. “There are highly compartmentalized projects that have not been disclosed even to members of the UK Government.”

The researcher suggested that the machines took advantage of what mystics used to call the Akashic Record . The Akashic Record is described as the storage place for all human events, thoughts, words, emotions, and intentions that ever occurred in the past, present, or future.

“This record is stored in interdimensional space and there are interfaces like the one developed at White Oaks in Maryland that can interact with this kingdom,” emphasizes the ufologist. “Now it turns out that there are actually electronic systems that can access the Akashic Registry, this means everything that has happened in a precise location. A member of my team was at the Maryland base in the 1970s and came up with this electronic device that would extract information from any volume of space. ”

But Dr. Greer goes further, saying that advanced civilizations on other worlds are using consciousness technologies that use the properties of quantum mechanics to travel and appear on Earth.

“The mind itself is not limited to our brain nucleus, our bodies, space and time. The CIA developed remote viewing in the 1970s, where officers were able to see the Soviet Union remotely. They used consciousness as a spy ship and the results were quite successful. The intelligence community took this very, very seriously. Neither time nor space limits consciousness, “ concludes the American doctor. The controversy is served

Without a doubt, Dr. Greer’s revelation is truly shocking, although it should not surprise us. Conspiracy theorists have for years been denouncing as active and passive that time travel is real and is used by governments. We also have witnesses that this technology exists , such as the American lawyer Andrew Basiago , who claimed to be one of the 140 children who, in the late 60s and 70s, participated in a secret program called Project Pegasus, which used the documents not disclosed by Nikola Tesla to take advantage of something called “radiant energy” , a universal force that curves space-time and allows teleportation in “real time”as well as time travel. He even claimed to have photographic evidence of himself as a child a few days before Abraham Lincoln’s murder in 1865.

It must also be said that this is not the first time that Dr. Greer has become the center of controversy for his controversial statements. In 2013 he presented the documentary “Sirius” , where he presented the physical evidence of a humanoid creature analyzed by a doctor and a scientist , found in the Atacama desert, Chile. This being was controversial in the scientific community, with some experts claiming that it was a human fetus with a malformation, while others said that it had human DNA in a being of unknown origin. What is clear is that when Dr. Greer every time he speaks, he ends up causing a true media storm at all levels. There must be a reason.

Do you think the United States has a device capable of seeing the past?